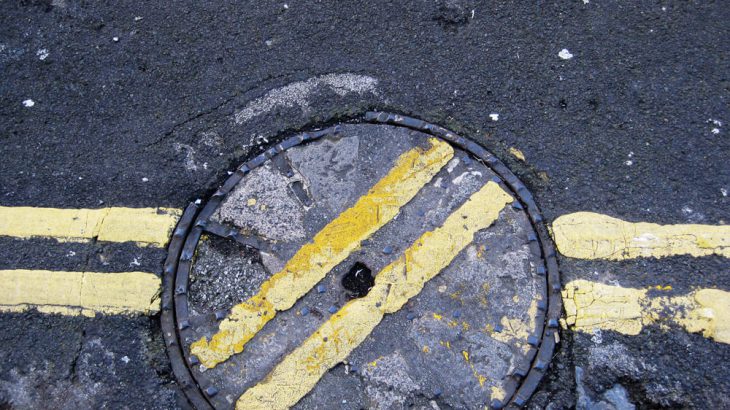 Simon Kuznets’ seminal 1955 study on income inequality is famous for the inverted ‘U’ hypothesis1 which posits that as an economy develops, inequality first increases and then decreases if a certain level of income is achieved. In his study, Kuznets writes that the study of income distribution “has been plagued by looseness in definitions, unusual scarcity of data, and pressures of strongly held opinions.” Half a century later, it would seem these words still hold true given the fractious debate Thomas Piketty’s work has reignited.

Piketty and his book Capital in the Twenty-First Century2 (translated in English by Arthur Goldhammer) are at the centre stage of the growing debate on wealth inequality. The book has been spectacularly successful in capturing the wealth inequality zeitgeist post the US financial crisis. The rapturous reception that Piketty’s book has received is entirely merited. Piketty has painstakingly analysed diverse set of data from no less than twenty countries dating as far back as the eighteenth century. The book combines detailed data analysis along with references to novelists Jane Austen and Balzac. It makes the claim3 that the main drive of inequality in a capitalist economy is the rate of return on capital (r) exceeding the overall economic growth rate (g), thereby leading to concentration of wealth at the hands of owners of capital. Since savings (the source of capital) is accumulated disproportionately more at the top income levels, this leads to growing inequality. Piketty calls this the “central contradiction of capitalism.” To ameliorate the rising income inequality, Piketty advocates for a global4 wealth tax regime.

What is revolutionary in Piketty’s inequality study is the combination of survey data with tax records to estimate the distribution of income. Doing this for several countries dating back several decades is no mean feat and Piketty has used various techniques and educated guesswork to tide over data limitations.

Piketty’s conclusions are based on two “laws” which he introduces in his book – the first law of capitalism as per which capital’s share of national income has been defined as (r X k/y), where (r) is the return on capital, (k) is the capital stock and (y) is the national income. As per the second law of capitalism which Piketty introduces, in the long run, the capital-to-income ratio (k/y) will equal (s/g), where (s) is the savings rate and (g) is the growth rate (assuming the savings rate (s) to be constant). These two laws when combined, yield the result that capital’s share of income is (r X s/g). This derivation forms the bedrock of Piketty’s contention on rising inequality. With (r) expected to be higher than growth rate (g), and the growth rate assumed to be tending to zero in the long run, the derivation (r X s/g) suggests that capital’s share of national income will increase explosively.

This divergence in the prediction of the capital-output ratio between the textbook growth models and Piketty’s model is reinforced by Piketty’s treatment of savings (s). In a simple Solow model (with no labour and technological growth), savings (which equals investment) is gross of depreciation. If savings (investment) exceeds depreciation, capital accumulation takes place and the economy grows. If savings (investment) falls short of depreciation, the economy shrinks. Piketty however, considers savings net of depreciation where the output in an economy is first used to replace worn out capital (i.e. to provide for deprecation) and then a constant proportion of the balance output is saved. Thus, net savings (investment) is defined as a constant proportion of net output, and for any value of growth rate (g), capital is always increasing, leading to higher and higher share of capital-output ratio.

Apart from making the claim that inequality is rising back to nineteenth-century levels, the book also claims that those at the top of the income pyramid are dominated not by talented individuals but by family dynasties. Piketty calls this “patrimonial capitalism,” which is to say that today’s wealthy are dominated by inheritors rather than the newly rich, as during the “Gilded Age5” in the US. This thesis of a “rich get richer” dynamic has found widespread support, with Robert Solow writing that, “If already existing agglomerations of wealth tend to grow faster than incomes from work, it is likely that the role of inherited wealth in society will increase relative to that of recently earned and therefore more merit-based fortunes.”

Piketty however makes an important distinction between the nature of inequality in Europe as compared to the US, where he finds that the thesis of the reason behind inequality (r>g) does not apply. He writes, “US inequality in 2010 is quantitatively as extreme as in old Europe in the first decade of the twentieth century, but the structure of that inequality is rather clearly different.” This has also been emphasised by Krugman who identifies the rise of “supersalaries” (and not higher return on capital as compared to growth rates) as the main cause for the “rise” in US inequality.

However, emerging research is also challenging Piketty’s hypothesis that inequality has increased due to r being greater than g, with the contention that the higher growth of capital is almost entirely due to housing6. Another important line of argument against the thesis stems from the premise that excessive focus on disparities in monetary income and wealth is misguided. This is because it ignores the improvement in the quality of life of the masses bought about by lower real cost, increased access and better quality of goods and services for consumption due to the competitive forces of capitalism (note that non-monetary factors such as ‘improvements’ and ‘access’ are not accounted for in monetary income and wealth). This point was long ago emphasized by the eminent economist, Joseph A. Schumpeter, in his book Capitalism, Socialism and Democracy, more than half a century ago. He writes7, “If we list the items that enter the modern workman’s budget and from 1899 on observe the course of their prices not in terms of money but in terms of the hours of labour that will buy them – i.e., each year’s money prices divided by each year’s hourly wage rates – we cannot fail to be struck by the rate of the advance which, considering the spectacular improvements in qualities, seems to have greater and not smaller than it ever was before.”

The broad contours of the debate on inequality cannot be complete without looking at Piketty’s r>g contention in light of Schumpeter’s famous theory, the process of Creative Destruction. As per Piketty, the return of capital of 4% to 5% is stationary, consistent and exceeds the overall growth rate of 1% to 2%, thereby leading to ever increasing concentration of wealth at the hands of owners of capital. However, the process of Creative Destruction which characterizes a capitalist economy makes this interpretation difficult. As per Schumpeter8, “The essential point to grasp is that in dealing with capitalism we are dealing with an evolutionary process. It may seem strange that anyone can fail to see so obvious a fact which moreover was long ago emphasized by Karl Marx… Capitalism, then, is by nature a form or method of economic change and not only never is but never can be stationary… The fundamental impulse that sets and keeps the capitalist engine in motion comes from the new consumer’s goods, the new methods of production or transportation, the new markets, the new forms of industrial organization that capitalist enterprise creates.”

Thus, constant churning rather than permanence is the hallmark of a capitalist system. In the U.S., 33,000 businesses filed for bankruptcy in 2013, which was a year of economic expansion. The Internal Revenue Service’s (which is the revenue body of the Unites States federal government) list of “Top 400 Individual Tax Returns” shows that from 1992 to 2009, 73% of the individuals appeared on that list for a maximum of one year and only a handful were in the list for 10 or more years9. A similar story would emerge if we analysed the Forbes list of top 100 wealthiest people or the composition of the Dow Jones Index since its inception.

Analysing Piketty’s suggestion of a global wealth tax to ameliorate “inequality” can be enlightening under a political philosophy framework, especially the framework proposed by two leading but opposite scholars of political philosophy, John Rawls and Robert Nozick. The global wealth tax may find admirers from social scientists operating under Rawls’ Difference Principle, as per which, “social and economic inequalities, for example, inequalities of wealth and authority are just only if they result in compensating benefits for everyone, and in particular for the least advantaged member of society.10” Under this principle, redistribution is justified if the condition of not so fortunate is improved. It should be noted that this does not mean that Rawls favoured absolute equality. As he writes, “But there is no injustice in greater benefits earned by a few provided that the situation of persons not so fortunate is thereby improved.11”

A more significant issue relates to the practicality of the Global Wealth Tax itself. Piketty himself writes that the tax “would require a very high and no doubt unrealistic level of international cooperation.” Robert Schiller has proposed the idea of inequality insurance as an alternate, more workable solution. He argues that the really important concern for policymakers is to prevent disasters, specifically, outlier events – which in this context would mean a return to levels of inequality not seen for more than a century in the US. Inequality insurance would require governments to establish very long-term plans to make income-tax rates automatically higher for high-income people in the future if inequality worsens significantly (called the Rising Tide Tax System), with no change in taxes otherwise. Inequality insurance, like any insurance policy, addresses risks before they occur, therefore taking effect gradually according to a formula that is known in advance. Schiller also argues that a long-term plan legislated by one or a few countries today could help to promote an international dialogue about appropriate future policy toward inequality and enable the development of a uniform tax regime internationally.

A single post cannot do justice in encapsulating the entire range of issues brought out in the open by Piketty’s revolutionary work. And while the inequality debate has strong ideological overtones and will see many more opinions, Piketty’s largest contribution perhaps is to bring inequality back at the centre stage of economic debate.
—

Structuring a Fund Platform for Financial Inclusion in India

From Looking to Seeing