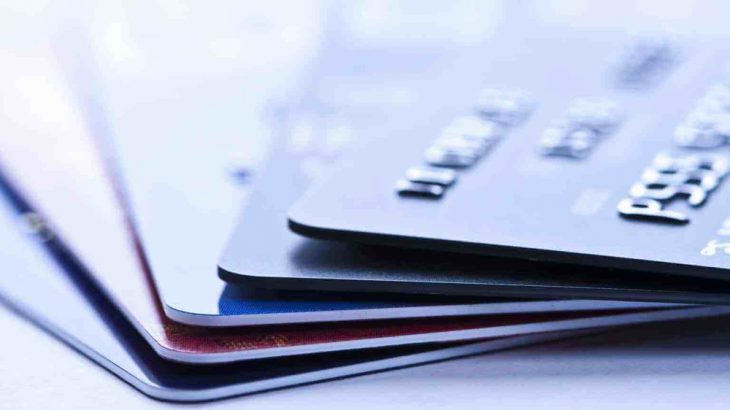 Digital Currencies and the Larger Questions they Raise

Digital currencies have generated substantial curiosity over the last year, particularly post the favourable1 hearing that Bitcoin, a prominent digital currency2, received at the US Capitol hill in November 2013. There is growing interest in trying to understand what digital currencies really are but they are much confused because of the difficulty in placing them squarely in the current monetary setup of ‘fiat’ paper currencies. This leads to most dismissing digital currencies as another ‘geeky innovation’ which will fade post the initial curiosity is over, while some confuse it with an online payment system. This can be quite misleading as digital currencies pose important political economy questions on the control of money supply in a society and are deeply connected to a growing3 school of right wing economic thought called ‘libertarianism.’4 Given the increasing usage of digital currencies and the ideological support5 for them in certain section of economic thought, it would be prudent for monetary authorities and regulators to not dismiss such currencies and meaningfully discuss their implication. In this post, we attempt to provide a context for such a discussion by giving a brief overview on the evolution of money and the ideological support for digital currencies.

Are digital currencies ‘money’ as we commonly understand?

As can be seen in the graph above, the exchange rate of Bitcoins to USD has gyrated wildly since the digital currency gained prominence. The recent volatility in the value of Bitcoins can be traded to events surrounding the shutting of Mt. Gox, a popular Tokyo based Bitcoin exchange6. Thus, even though digital currencies like Bitcoin serve all the three purpose of money, they can emerge as a general medium of exchange only if such currencies gain stability.

Money was invented to counter the limitations of the double co-incidence of wants in a barter economy. Over the years, different commodities have been used as money, such as seashells, tea, fur, cattle and even tobacco. The use of metal coins as money can be traced back to Lydians in 700 BC from where it was passed on to the Western civilization through Greeks and Romans. Coins served several useful purposes like being durable, portable and having an intrinsic metal value. As trading grew, coins became popular throughout Europe during the 18th century. These coins, which contained metals, were examples of ‘commodity money’ – where a commodity which had precious value was used as a medium of exchange. Commodity money had both intrinsic as well as exchange value.

The final evolution of money is ‘fiat money’8. Fiat money is similar to representative money except it can’t be redeemed for a commodity. The Reserve Bank of India (RBI) notes we use today are an example of fiat money9. Fiat money has only exchange value (which is derived from a government ‘fiat’ or order) and no intrinsic value.

From the above discussion, it is clear that digital currencies are similar to fiat paper money in the sense that they only have exchange value and no intrinsic value. However, the exchange value of digital currencies is completely market determined and is not derived from decree of the government. This is the single most important reason why such currencies are lauded by supporters of the free market, particularly libertarians, who are distrustful of the government’s monopoly role in controlling the money supply10.

Digital currencies derive their exchange value from several characteristics. Such currencies represent a completely decentralized anonymous peer-to-peer medium of exchange. They bypass any regulatory restrictions for cross border transfers as digital currencies do not depend on conventional payment platforms (like Visa, MasterCard) or clearing houses and are transferred electronically. For instance, Bitcoins are electronically transferred from one e-wallet to another e-wallet hosted on personal computers scattered throughout the world. These features make the architecture of digital currencies the most cost-efficient and anonymous way to transfer money from one place to another11. The downside is that this anonymity, regulatory bypass and lack of KYC make them extremely vulnerable to use by anti-social agents. Bitcoins have been used extensively in trading for illegal drugs through an online platform called ‘Silk Road’. The anonymous nature of Bitcoins can also lend itself to financing terrorist activities. There have also been concerns on the security architecture of digital currencies with reports of several heists from Bitcoin e-wallets12.

The fact that digital currencies only have exchange value and no intrinsic value has led many people to say that such currencies represent a bubble, much like the ‘tulip mania.’ This argument however overlooks the fact that by this reasoning, all money are always in a bubble as money (by definition) will always have exchange value over and above its intrinsic value, and in this sense, its value is always inflated compared to its intrinsic value. The caveat here is that while fiat paper currencies are backed by government legal tender laws, there is no corresponding backing for digital currencies from any monetary authority.

Market selection of the medium of exchange

Sympathizers of the gold standard support digital currencies as they derive their exchange value endogenously without any backing by a government or central bank monetary authority. This is much like the emergence of gold as a medium of exchange in competition to other commodities like tobacco, sugar, cattle, tea, shells among others. Among various alternatives, gold was established as the preferred medium of exchange for its acceptability, durability, portability, homogeneity and scarcity. In April 1933, the US went off the gold standard where US citizens could no longer redeem dollars in gold but the foreign central banks could still convert their dollar holdings to gold at the Federal Reserve. In August 1971, President Nixon took US completely off the gold standard by revoking the foreign convertibility of the dollar to gold. For a supporter of the gold standard, the next best bet would be to support a digital currency which mirrors certain gold standard characteristics.

The supply of money in a gold standard was market determined. The supply of gold would increase as long as the marginal cost of mining gold is less than the value of goods and services which an incremental unit of gold can buy. Thus, a gold mining company would produce gold till arbitrage opportunities have been exhausted through the forces of perfect competition.

The money supply process is similar for digital currencies. For instance, participants in the Bitcoin economy mine the digital currency by solving complex computational algorithms till the time the marginal cost of undertaking this activity exceeds the incremental value of the goods and services which a Bitcoin can buy. The maximum supply of Bitcoin is by design fixed at 21 million coins17, which is similar to a gold standard economy where the stock of gold is fixed.

It should also be noted that the monetary operation of a Bitcoin economy would be exactly the same as under the gold standard where a fixed stock of the money supply finances growing global exchange through divisibility of the unit of currency18. Also, the stock of money supply is immaterial as divisibility ensures adjustment in nominal denominations without changes in real values19.

As an alternative currency without backing of any legal tender laws, digital currencies circulate in competition to fiat currencies as a medium of exchange. This is along the lines of the libertarian demand for open competition in currencies20.

The regulatory oversight for digital currencies has not fully developed with monetary authorities around the world adopting a strategy of wait-and-watch. The limited regulatory actions that have been promulgated till now has been sporadic and based on two primary concerns – financing of anti-social activities and evasion of capital controls. In the case of Bitcoins, given its anonymous character, it has been used extensively in trading for illegal drugs through the online platform Silk Road. In October 2013, the FBI seized 144,000 Bitcoins from Ross Ulbricht, the alleged owner of the online platform. At today’s exchange rate, the value of the seized Bitcoins is in excess of USD 70 mn21. By August 2013, the U.S. Department of Homeland Security had seized bank accounts worth USD 5 mn of Mt. Gox as it had failed to register itself as a money transmitting business and was in violation of U.S. anti-money laundering regulations22. More recently, China’s central bank prohibited financial institutions from handling Bitcoin transactions on concerns such digital currency pose on bypassing capital controls23. This was after China had become the world’s largest trader in Bitcoins.

Digital currencies have introduced, albeit small, a competition to government backed legal tender. Though the architecture of digital currencies is still unstable and receives ideological support from only non-mainstream sources, it would not be prudent to underestimate them. Given the important questions that the evolution of digital currencies raise (and Bitcoin is just one among the several27), there is a need to understand this new medium in the context of our regulatory framework in a much more holistic manner.