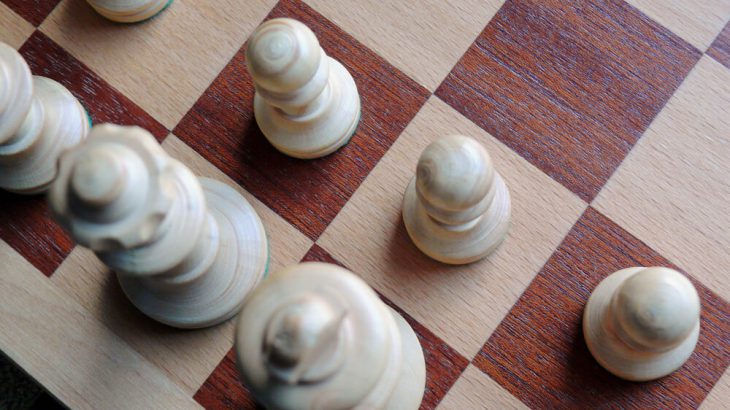 This is the third and final post in our blog series on the Battle of Economic Ideas. You can read the first post here, and the second post here.

In the first post, we traced the emergence of a rational and modern society during the Age of Enlightenment (1650s-1780s). The subsequent era of the Classical Liberals (1750s to 1880s) witnessed the birth of modern economics through the works of Adam Smith. In the second post, we provided an overview of the Marxian and Keynesian backlash (1850s to 1970s) that challenged the ideas of Classical Liberals. Continuing from where we left, this post provides an overview of the neo-liberal era (when a diluted version of Classical Liberalism was reincarnated), and comments on the current crossroads in economic ideas.

Post the publication of Keynes’ magnum opus The General Theory of Employment, Interest and Money in 1936, the world had taken a decisive turn towards Keynesian economics. The Great Depression in the US, which started in 1929, led to a clamour for the government to play a more active role in controlling business cycles. Keynes’ ideas provided an outlet to this pent up demand by providing a framework for the government to regulate aggregate demand in an economy and temper business cycles. This trend of increasing government role in economic affairs of a country was exacerbated by the Second World War (1939-1945). War efforts necessitated central economic planning not only for the operation of the war, but also for post-war reconstruction.

So great was the turn towards central planning that Keynes’ principal intellectual opponent, F.A. Hayek, published his renowned book The Road to Serfdom in 1944, warning that the increasing role of the government in economic affairs can lead to severe erosion of political liberty. In the book, commenting on the increasing role of the government in England’s economy, Hayek wrote, “It is one of the saddest spectacles of our time to see a great democratic movement support a policy which must lead to the destruction of democracy and which meanwhile can benefit only a minority of the masses who support it.”[1] The book’s lasting contribution was to highlight the reciprocal relationship between economic freedom and political freedom, and why one cannot exist without the other. Hayek warned that erosion of economic liberty also leads to erosion of political liberty and hence paves the way for a despotic government.

In 1947, alarmed at the continued rise of Keynesian ideas, Hayek invited 36 scholars (economists, historians, philosophers) to meet at Mont Pelerin, near Montreux, Switzerland, to “discuss the state and the possible fate of liberalism (in its classical sense)[2] in thinking and practice.” The meeting led to the establishment of the Mont Pelerin Society. Members of the Mont Pelerin Society, “Though not necessarily sharing a common interpretation, either of causes or consequences, they see danger in the expansion of government, not least in state welfare, in the power of trade unions and business monopoly, and in the continuing threat and reality of inflation.”[3]

The neo-liberal counter-revolution against Keynesian ideas can be traced back to the establishment of the Mont Pelerin Society. The members of this Society, though divergent in their many other views, shared a common concern that the increase in government power could lead to the rise of authoritarian governments. The experience of Germany, Italy and Russia, where increasing role of the government in economic policymaking gradually led to the complete jettisoning of political freedom made the group wary of the government. While democracy in Germany and Italy was crushed under the fascist regime of Hitler and Mussolini, socialism under Lenin (and his successor Stalin) led to the autocratic regime of the Soviet Union.

Though the Mont Pelerin Society was successful in bringing together diverse thinkers who were broadly sympathetic to the Classical Liberal ideas of the 18th and 19th century, it was only after the 1970s that Keynesian ideas showed a retreat. The event which single-handedly propelled the neo-liberal counter-revolution against Keynesianism was the stagflation of the 1970s in the major developed nations of the world.

The term stagflation was coined by Iain Macleod, the spokesman on economic issues for UK’s Conservative Party. In 1965, he said, “We now have the worst of both worlds—not just inflation on the one side or stagnation on the other, but both of them together. We have a sort of “stagflation” situation. And history, in modern terms, is indeed being made.”[4] The reason he said history is being made is that standard Keynesian models were not consistent with the phenomenon of rising unemployment and inflation at the same time. With the onset of stagflation, the conventional inverse relationship between inflation and unemployment (characterized by what economists call the Philips Curve) under Keynesian models broke down.

The exact reason for the global stagflation of the 1970s is still debateable. The broad reasons highlighted for this phenomenon are supply-side shocks, increase in money supply and structural rigidities. Leaving aside the supply-side shock theory, it is easy to see that the other two reasons fit squarely in the neo-liberal narrative of minimal government by laying the blame for stagflation at the doorsteps of the government.

All the above three theories have support in evidence. The role of the supply-side shock was played by the 1973 oil crisis when Organization of Petroleum Exporting Countries (OPEC) curtailed oil supply. Increasing money supply was a result of central banks pursuing expansionary monetary policy in the light of anaemic growth, while the blame for structural rigidities was placed on the increasing government regulation of the economy post the Second World War.

The sluggish growth in the developed world in the 1970s, combined with high inflation, led to widespread disillusionment with government’s handling of economic affairs. No longer was the government viewed as the panacea to all economic evils. The failure of government policies like increased regulation, wage and price controls, and expansionary monetary policy to overcome stagflation gave a shot in the arm to the neo-liberals to try and reincarnate the Classical Liberal ideas of minimum government.

Milton Friedman, the winner of the Nobel Prize in Economic Sciences in 1976, had an important role to play in the neo-liberal movement. Friedman, the founder of the Monetarism school of economic thought, sought to remove the discretionary power of the government in controlling money supply. Friedman said, “Inflation is always and everywhere a monetary phenomenon in the sense that it is and can be produced only by a more rapid increase in the quantity of money than in output. … A steady rate of monetary growth at a moderate level can provide a framework under which a country can have little inflation and much growth. It will not produce perfect stability; it will not produce heaven on earth; but it can make an important contribution to a stable economic society.”[5] Such monetarist views were an indictment of the Keynesian view that markets could be unstable and required active demand management. On the contrary, the monetarist view suggested that markets are inherently stable and discretionary fiscal, and more importantly, monetary policies result in business cycles. Accordingly, the cure lies in a stable and predictable money supply that is increased by a fixed percentage every year.

The monetarist view of inflation (i.e., that high inflation during the 1970s was a result of increase in money supply) was put into practise by Paul Volker, who was the Chairman of the Federal Reserve from 1979 to 1987. Volker pursued a contractionary monetary policy which ended the reign of high inflation by the end of 1980s – a problem which had plagued the US for the previous two decades.

Among political leaders, if Franklin D. Roosevelt was the Keynesian hero who challenged Classical Liberalism, Margaret Thatcher in the UK and Ronald Reagan in the US deserve the titles of neo-liberal crusaders. Thatcher had read Hayek’s book, The Road to Serfdom, when she was an undergraduate at Oxford. Hayek’s work made a lasting impression on Thatcher and as Prime Minister of UK from 1979 to 1990, she presided over a substantial roll back of the government’s role in the economy through large-scale privatization and cut back in social spending. Similar policies were adopted by Ronald Reagan, who was the President of the United States from 1981 to 1989. Reagan had once remarked, “The nine most terrifying words in the English language are: I’m from the Government, and I’m here to help.”[6]

Post the fall of the Soviet Union, the neo-liberal counter revolution transformed to the neo-liberal orthodoxy. The dominant economic policies in the 1990s, sometimes labelled as the “Washington Consensus” (due to support from both the World Bank and the IMF), was a mix of deregulation, privatization and removal of international trade barriers.

In 2003, in a Presidential Address delivered at the 115th meeting of the American Economic Association, Robert E. Lucas, Jr., (recipient of the Nobel Prize in Economic Sciences in 1995) said, “Macroeconomics was born as a distinct field in the 1940s, as a part of the intellectual response to the Great Depression. The term then referred to the body of knowledge and expertise that we hoped would prevent the recurrence of that economic disaster. My thesis in this lecture is that macroeconomics in this original sense has succeeded: Its central problem of depression prevention has been solved, for all practical purposes, and has in fact been solved for many decades.”[7]

This optimistic view was also echoed by Olivier J. Blanchard, the chief economist at the IMF. In his 2008 paper, The Sate of Macro, he concluded that the “state of macro is good” and that there is substantial convergence among different macroeconomic ideas. Blanchard wrote, “For a long while after the explosion of macroeconomics in the 1970s, the field looked like a battlefield. Over time however, largely because facts do not go away, a largely shared vision both of fluctuations and of methodology has emerged.”[8]

So, do we live in a world where economists have broadly a homogenous view of macroeconomics? Not really. Keynes’ ideas are far from dead and not everybody is a neo-liberal. Paul Krugman (who won the Nobel Prize in Economic Sciences in 2008), wrote in 2009, that “Until the Great Depression, most economists clung to a vision of capitalism as a perfect or nearly perfect system. That vision wasn’t sustainable in the face of mass unemployment, but as memories of the Depression faded, economists fell back in love with the old, idealized vision of an economy in which rational individuals interact in perfect markets, this time gussied up with fancy equations.”[9] Krugman is foremost amongst several economists who have advocated for a revival of Keynesian ideas. The global financial crisis has also led to the re-emergence of Marxian theories that capitalism will always be cursed with crises (what is commonly referred to as ‘crisis theories’).

The spate of crises in the twenty first century- the dot come bust, the US subprime crisis and the Euro crisis, have brought the differences in economic ideology right to the forefront. Reminiscent of Winston Churchill’s remark, “Never let a good crisis go to waste”, economists of all hue have been sharpening their argumentative knifes and dishing out varying policy prescriptions.

As part of the Spark Spring Edition, a series of internal knowledge management sessions that we regularly host, Ravi had talked about this topic in greater depth. Below is the video & the presentation from his talk:

[2] It is important to note that the word “liberal” has been used here not in the American sense (which is interpreted as support of expansion in government powers) but in the European or classical sense which stands for minimal government.